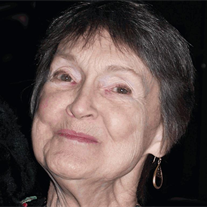 “Jo Brandt was well liked and a valued public servant for the state of Utah, both as an attorney in our office and as a state legislator. Working on consumer protection in the Utah Attorney General’s Office, she worked hard to protect consumers, especially our senior population. Those who worked with her describe her as kind, energetic, and courageous, a good listener, and dogged in her efforts to do the right thing. Utah was fortunate to have Jo as a public servant.”

An obituary and tribute page for Jo Brandt can be found here.