“Walgreens’ program has successfully answered the questions ‘Will it make a difference?’ and ‘Can it be done?’ In two years, Walgreens has been instrumental in taking back over 540,000lbs of prescriptions drugs,” said Attorney General Reyes. “Where would those drugs be if it wasn’t for these Take Back programs and kiosks?  I’ll tell you where they’d be – they would be in our medicine cabinets, at skittling parties with neighborhood high school kids, on streets getting sold, or, sadly, they would be in the medical examiner’s evidence lab marking yet another death for Utahns.”

Watch a portion of the press conference here:

Regence is sponsoring 38 kiosks in our four markets, including eight in Utah. The locations in Utah are as follows:

Due to the joint efforts with AmeisourceBergen, Blue Cross Blue Shield Association, Pfizer, Prime Therapeutics, and Walgreens, an additional 900 disposal kiosks will be added at Walgreens across the country for a total footprint of about 1,500 stores, up from 600 locations today.

Regence’s Behavioral Health Medical Director Dr. Jim Polo said Regence was proud to partner with Walgreens in providing options for safe disposal. He went on, “This will take effort by everyone involved: hospitals, pharmacies, legislators, the community. It will take all of us to see a change.” 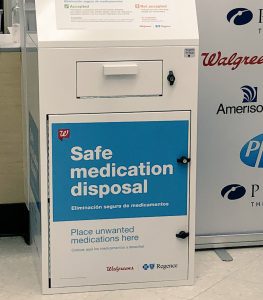 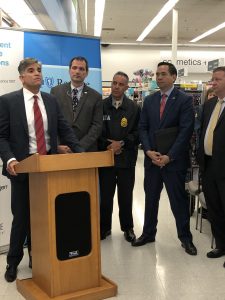 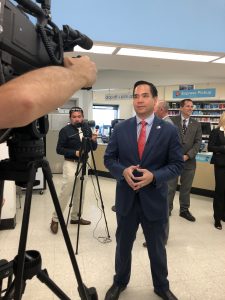