At the Utah State Capitol, yesterday, U.S. Representative Chris Stewart hosted a celebration of The National Suicide Prevention Hotline Improvement Act which was signed into law last week. The Trib headline was perfect: Amid tears for the lost, Utah leaders celebrate new law to help create a new national suicide hotline. You can read the article here.

This was an emotional event. Rep. Stewart kicked it off by taking a moment to remember those lives that were lost and applauded all who have worked to make a three-digit crisis line a reality.

A Utah idea intended to help 3 million people will now impact the lives of over 300 million Americans of all ages. 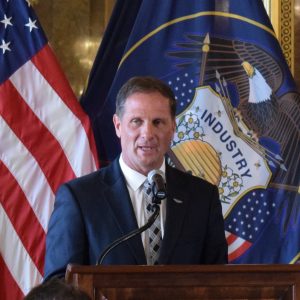 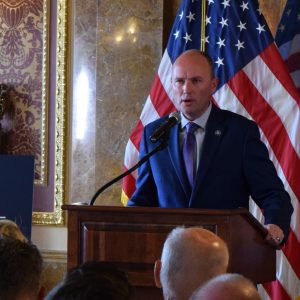 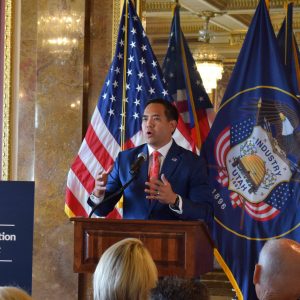 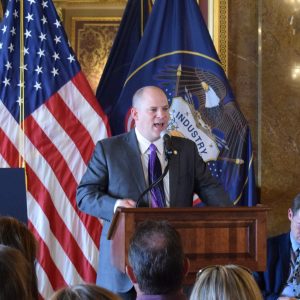 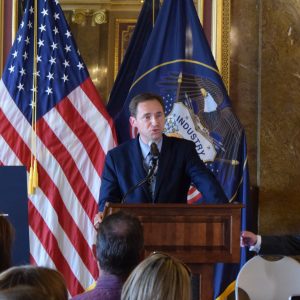 Utah Attorney General Sean Reyes spoke about why the passage of this act is a game-changer for Utah teens, veterans, and how everyone across the nation will now benefit from it. If you haven’t read AG Reyes’ op-ed on the topic, here’s a link. 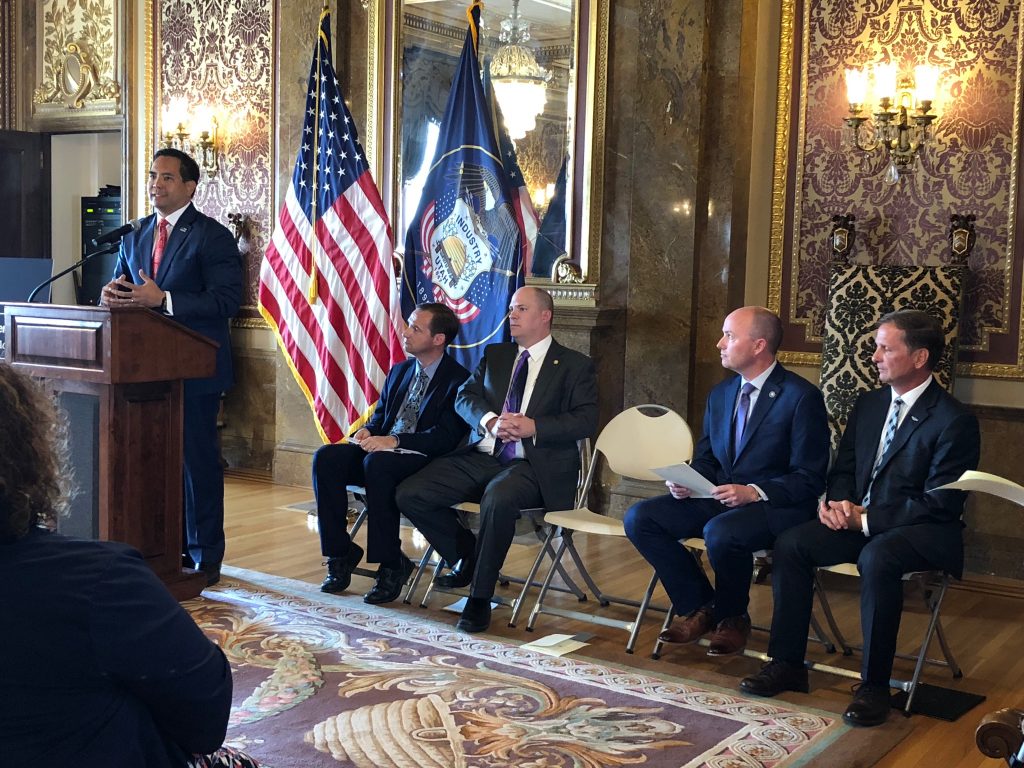 For those who came in late, the three-digit suicide hotline was the subject of a bill by Utah Senator Daniel Thatcher over 4 years ago. That idea met unexpected political opposition locally, but morphed into the creation of the SafeUT Commission and eventually the popular, effective SafeUT app.

At the same time, U.S. Representative Chris Stewart and U.S. Senator Orrin took Senator Thatchers original idea back to Washington, D.C. and the rest is history.

Thank you for paying attention, and thank you for all you do to guard and protect those around you.

You can watch the entire conference below.

Last but not least – thanks, Senator Hatch, for your support from afar!

Sen Hatch was unable to be in Utah today to join those celebrating the Suicide Hotline bill becoming law, but he spoke on the floor and thanked those back home that helped along the way, including @RepChrisStewart @SenThatcher @repsteveeliason @SpencerJCox @SeanReyesUT. #utpol pic.twitter.com/zuGkBN20SS